Order has been restored finally, and looking much more organised.

Have left the small bush varieties in the small mini greenhouse for the time being, and the heartbreakers have some fruit already appearing. 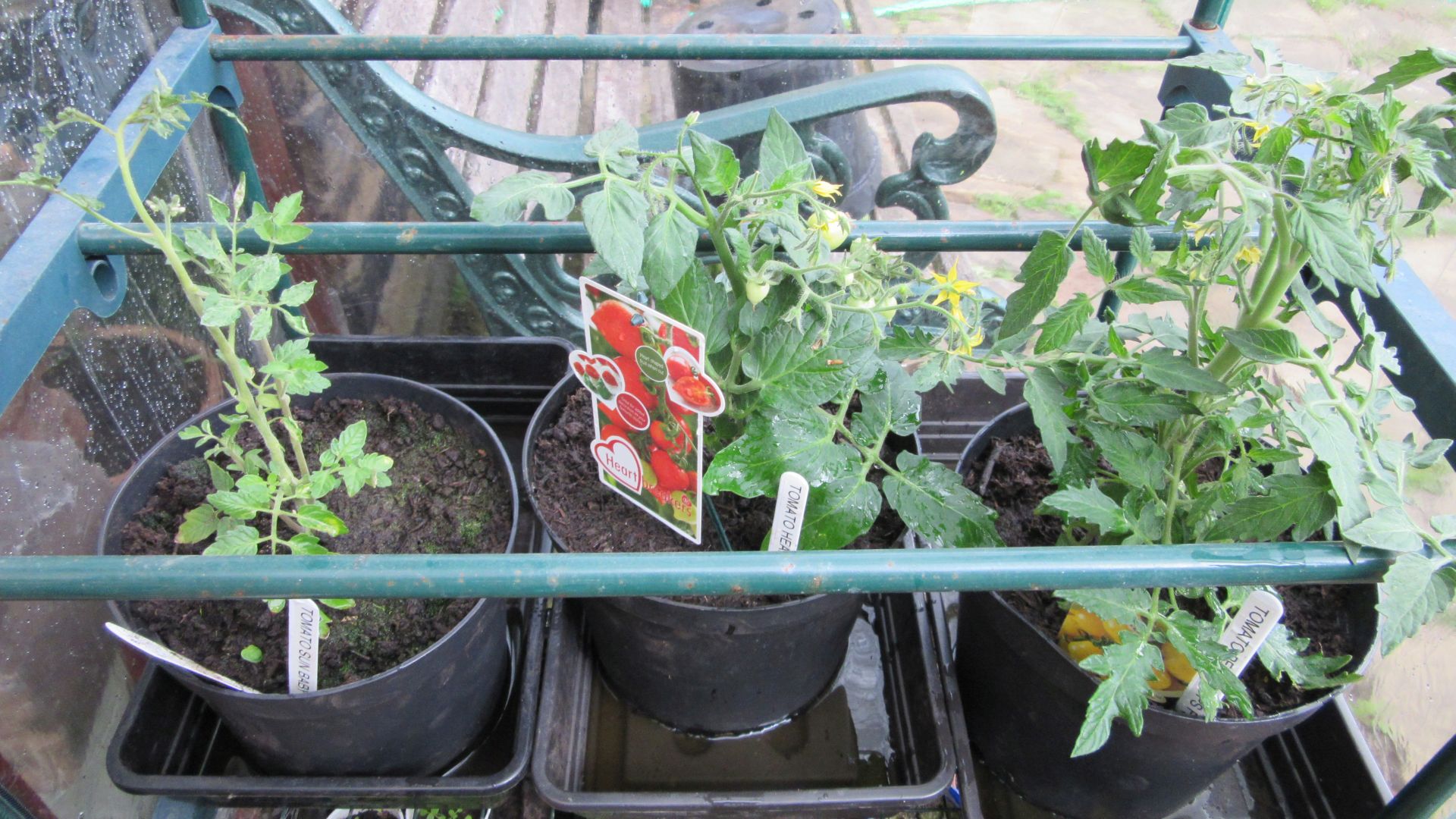 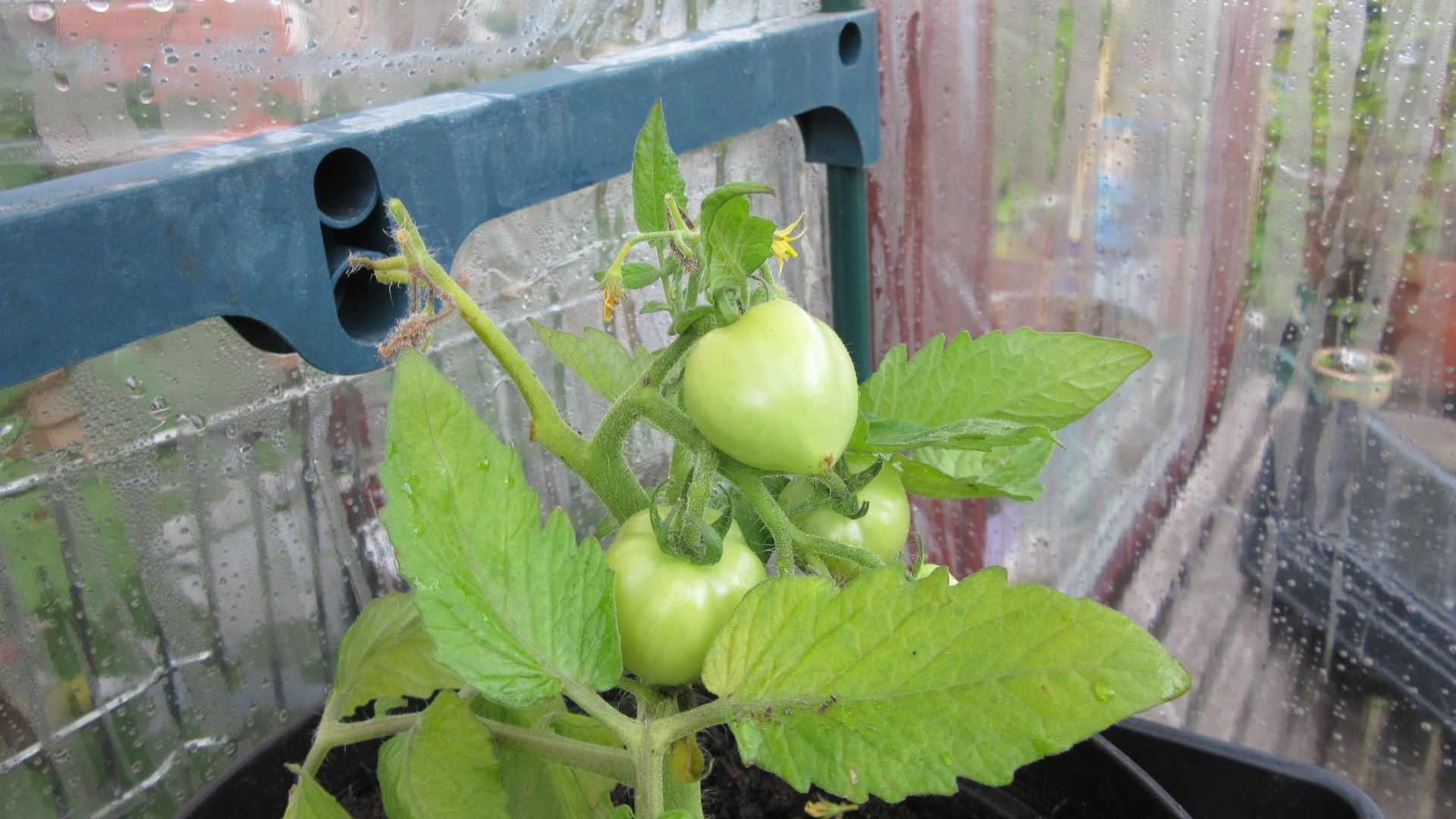 Greenhouse 1 is Tomatoes including 3 hanging baskets with tumblers in and have organised them and installed support canes. Early days after a late start and the colder than usual weather so far has not helped but the Indigo Rose plant is bearing fruit already. 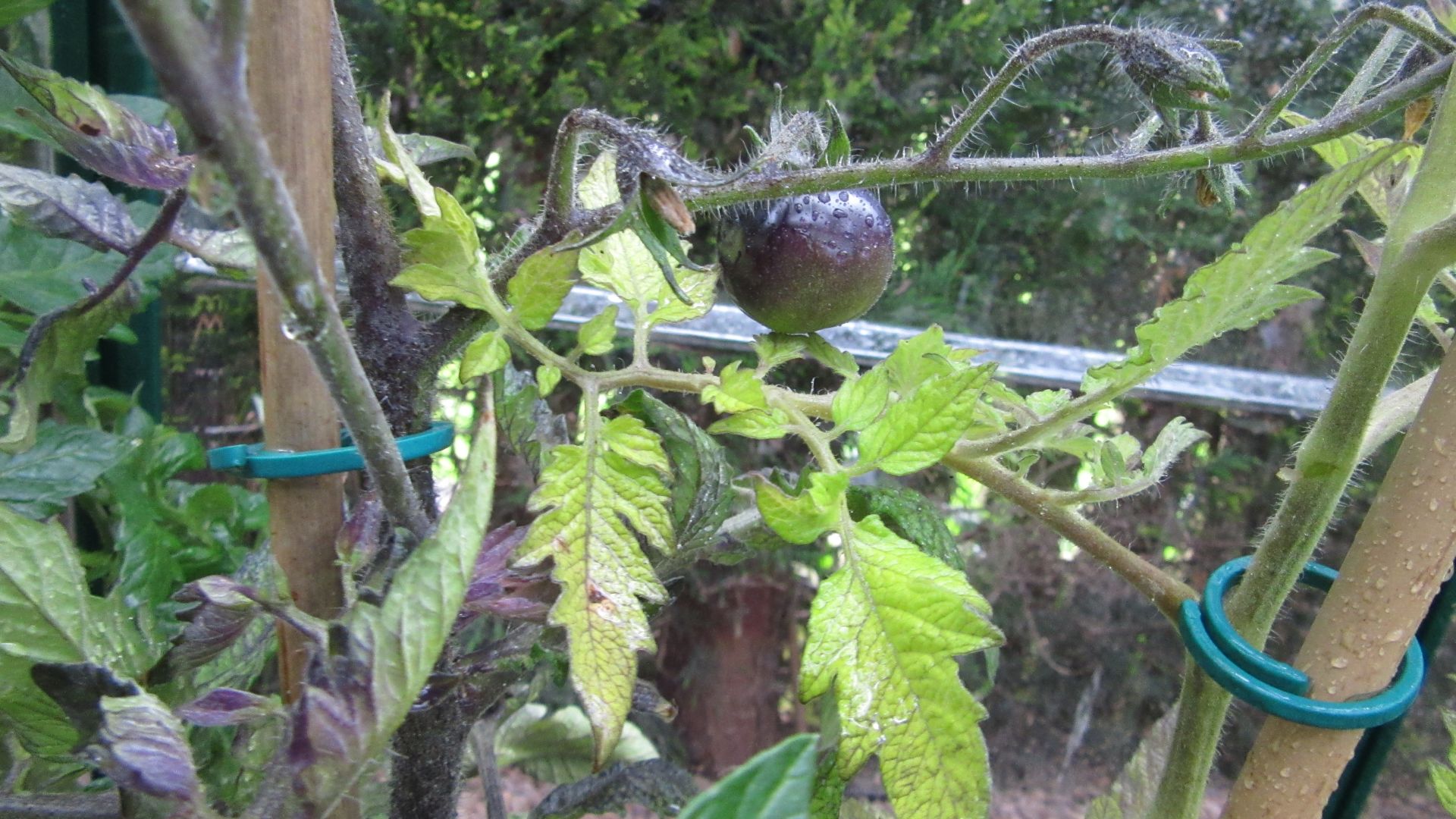 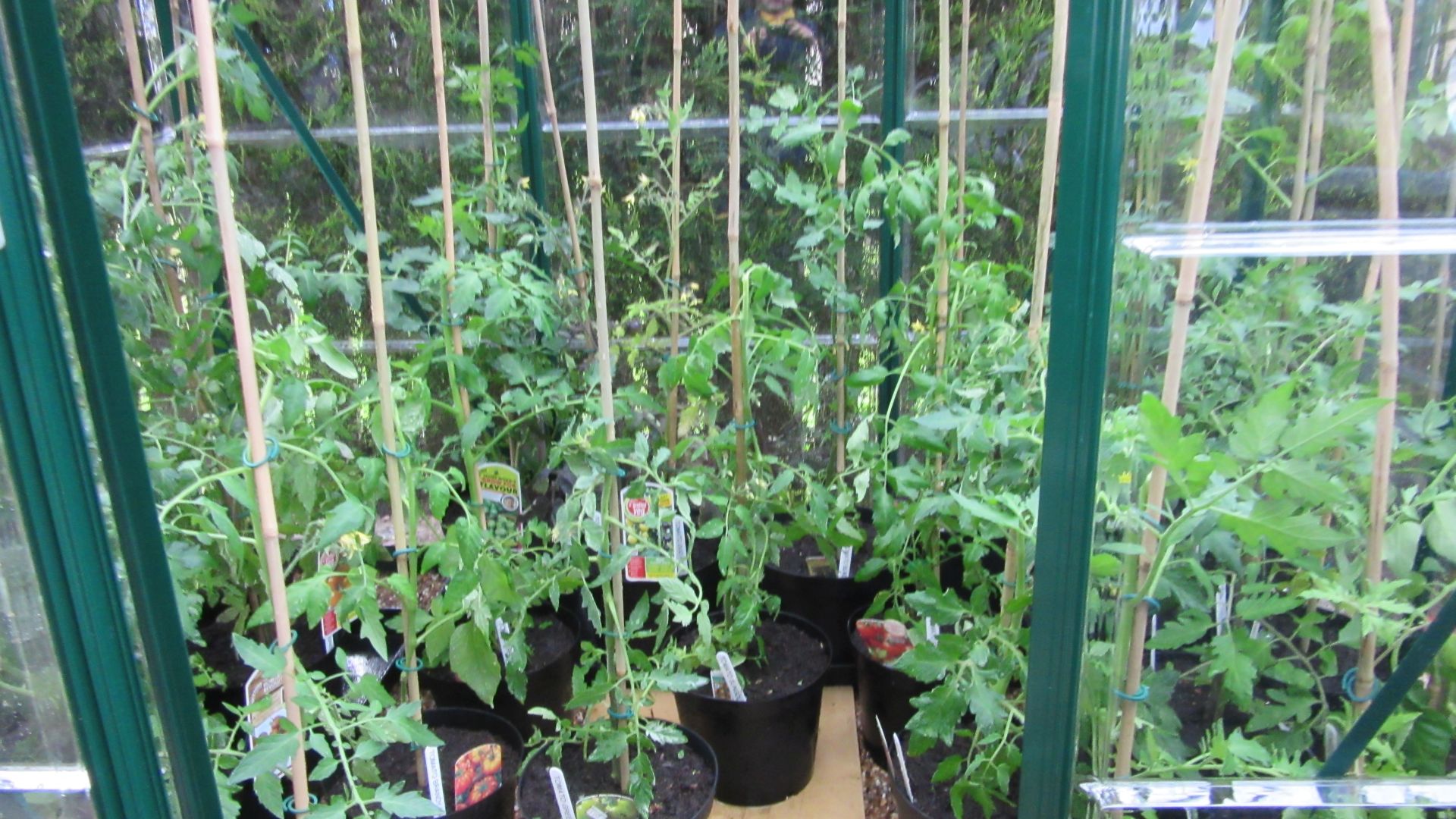 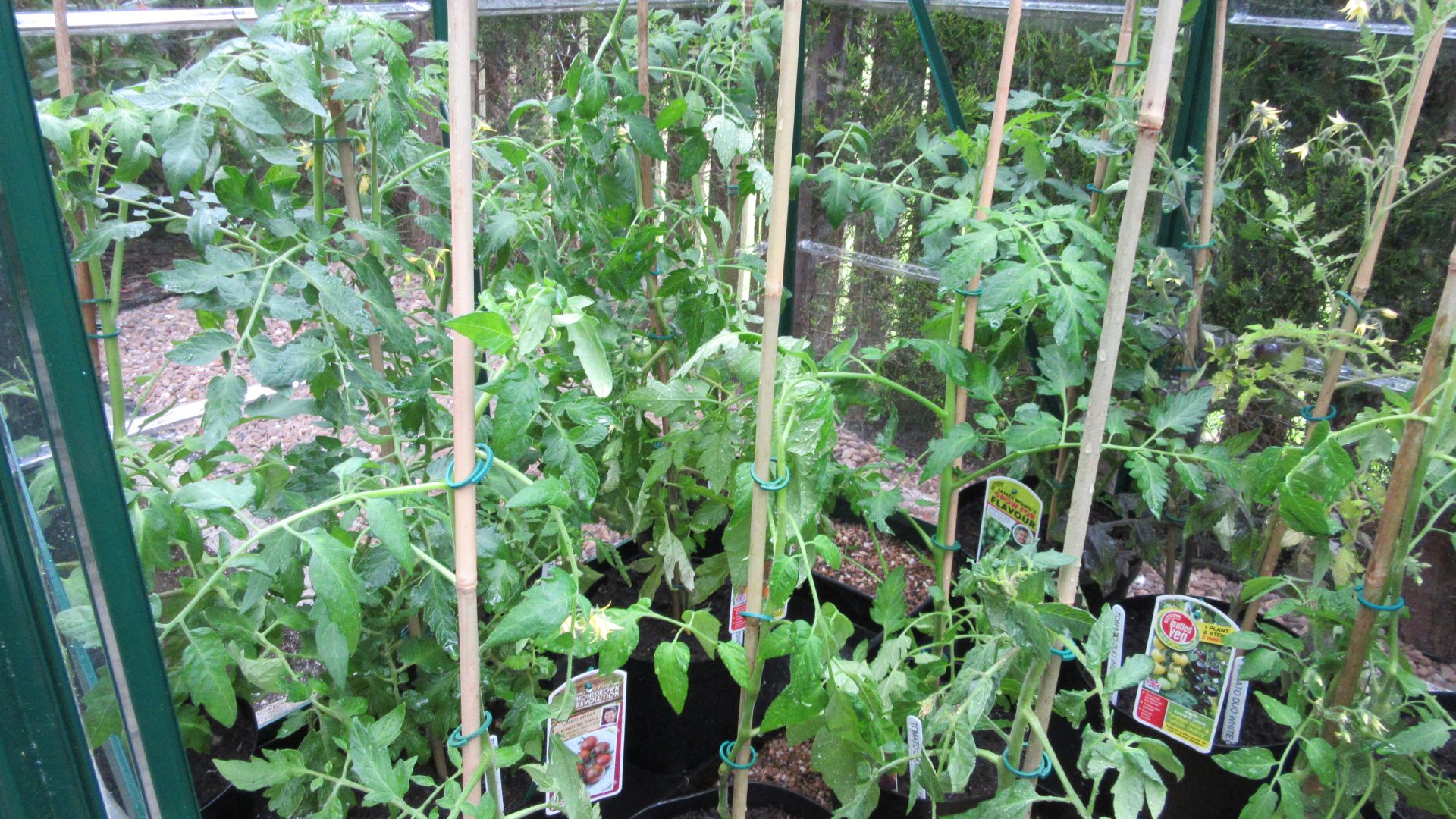 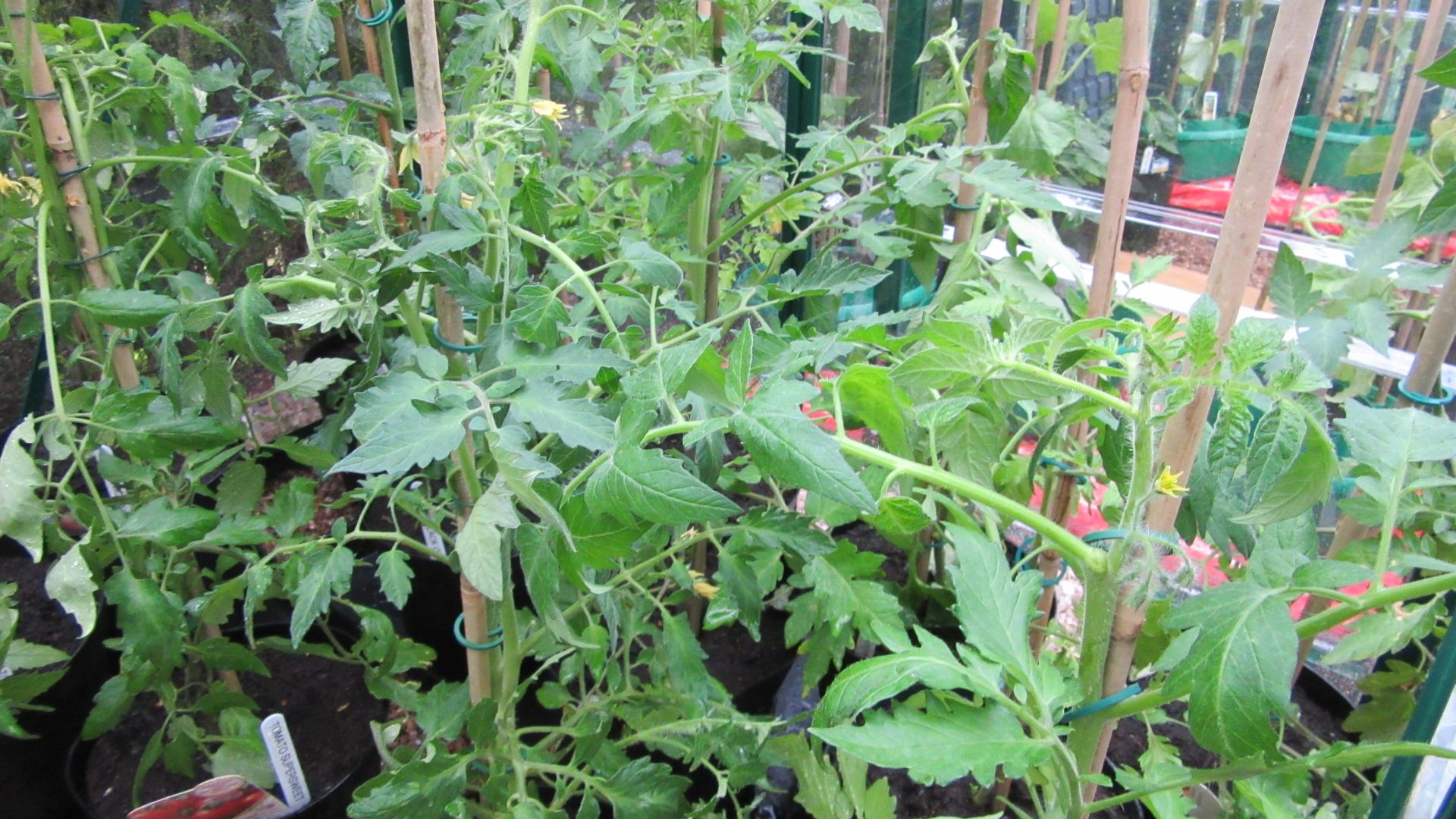 Greenhouse 2 is Sweet Peppers, Cucumbers and Melons and the other 3 tomato hanging baskets. Support canes for Melosn and Cucumbers are in and up. Sweet Peppers already being attacked by white flies so the battle has begun already! 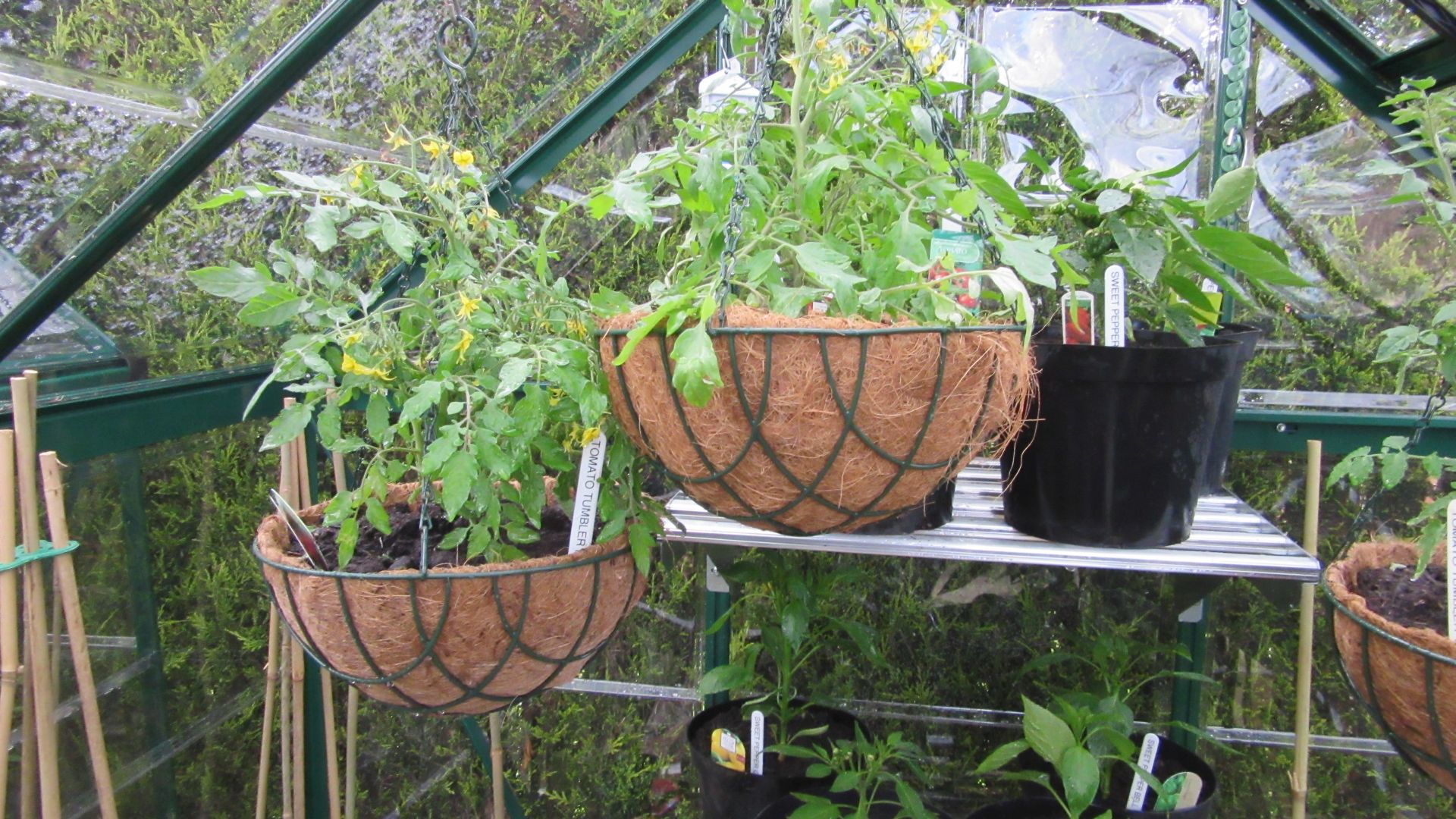 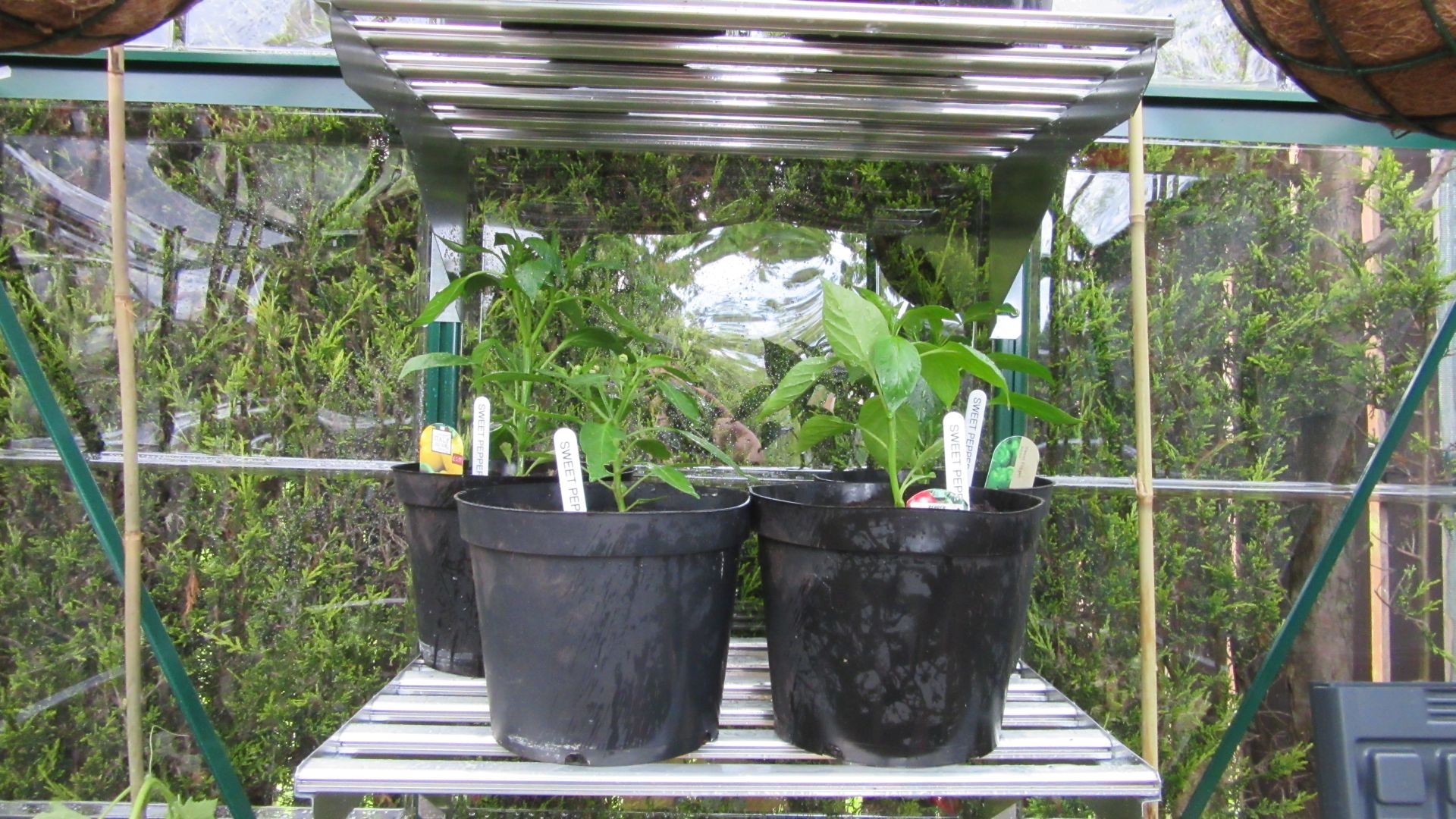 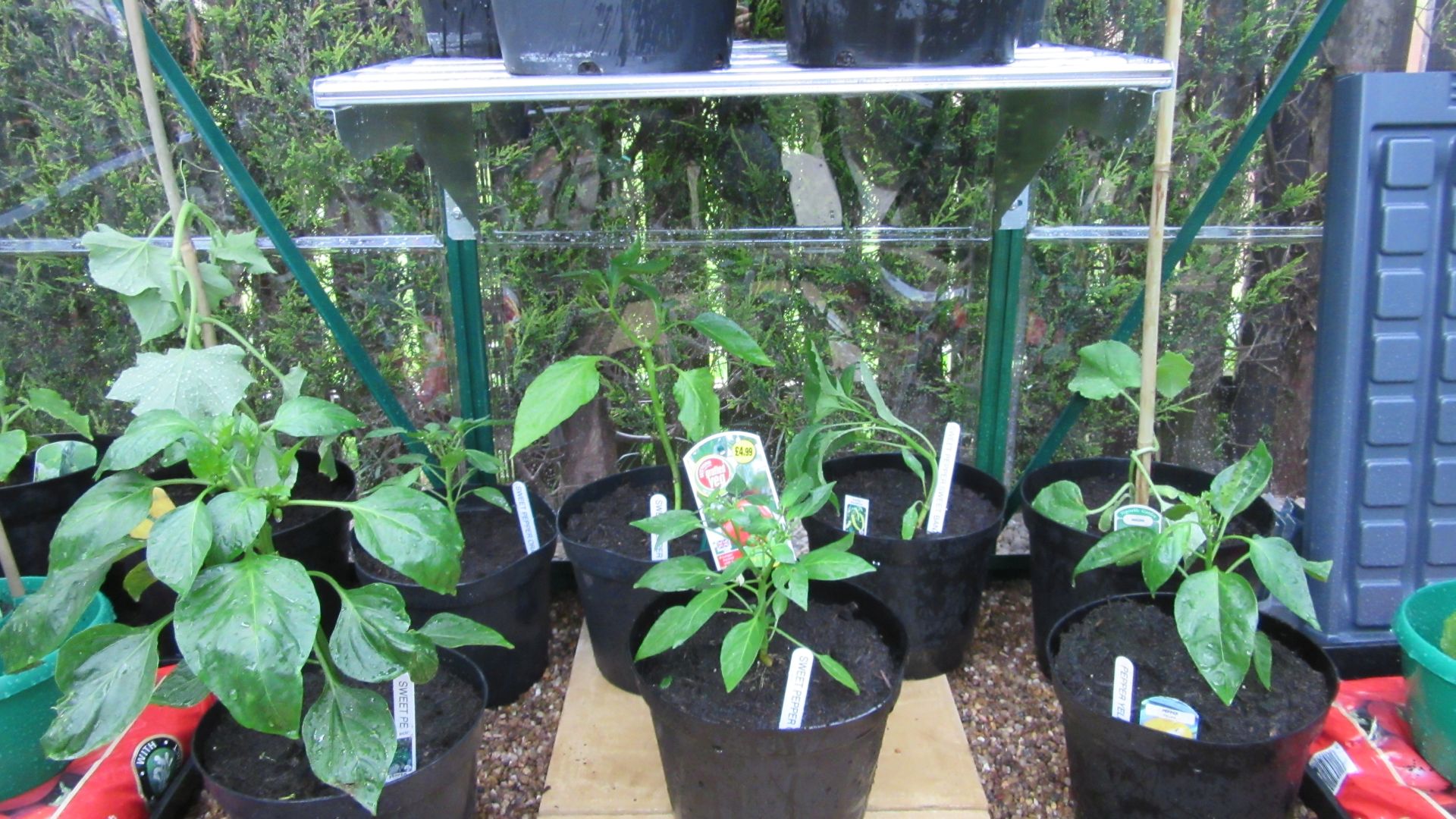 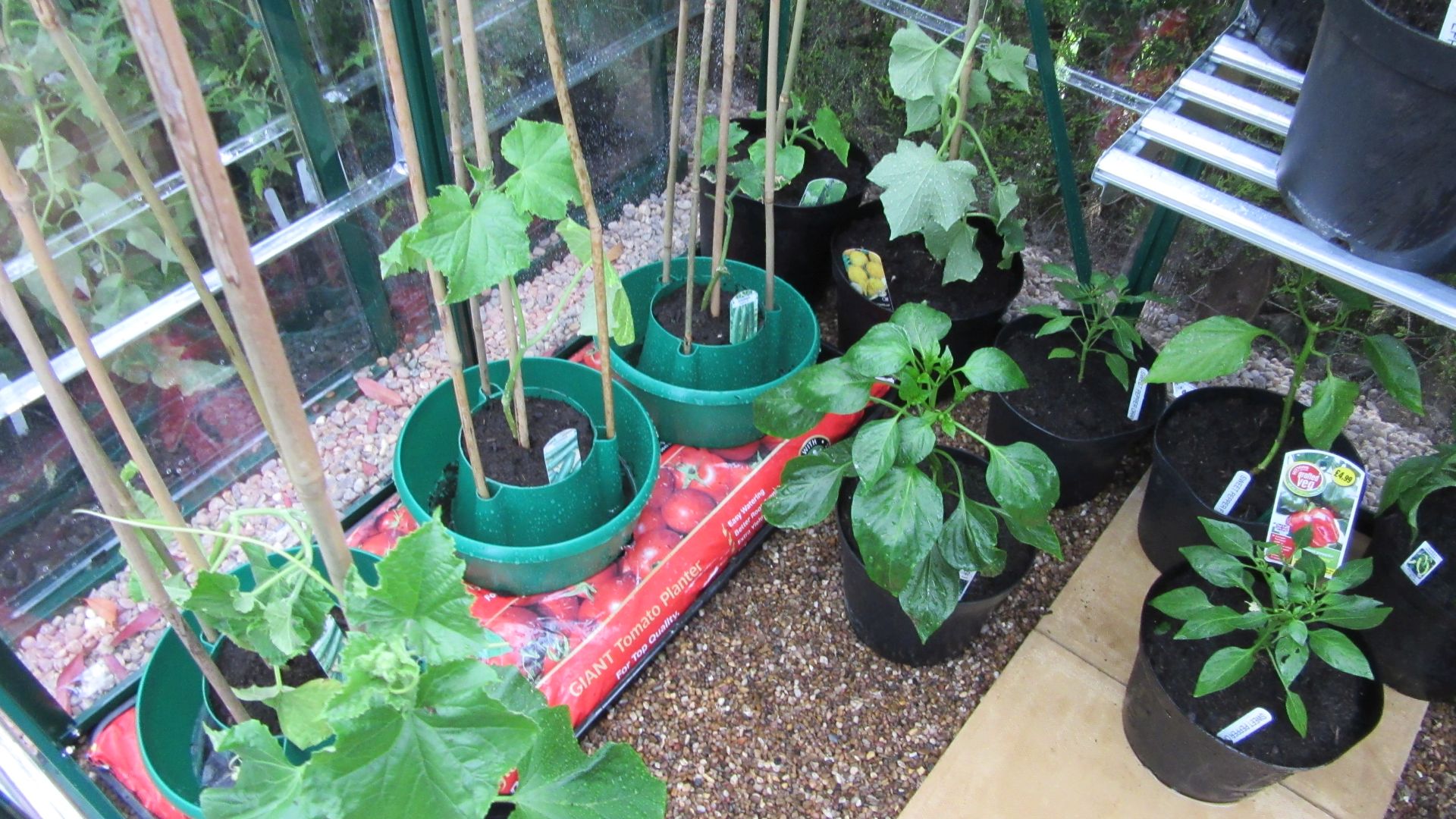