OK so another afternoon down the plot, sun didn’t really appear until 6.30pm as we were leaving, typical! General tidying up the paths, weeding and planted the rest of fruit bushes that needed to be done. (Pink Currant, Gooseberries, Tayberry and Blackberry Reubens) 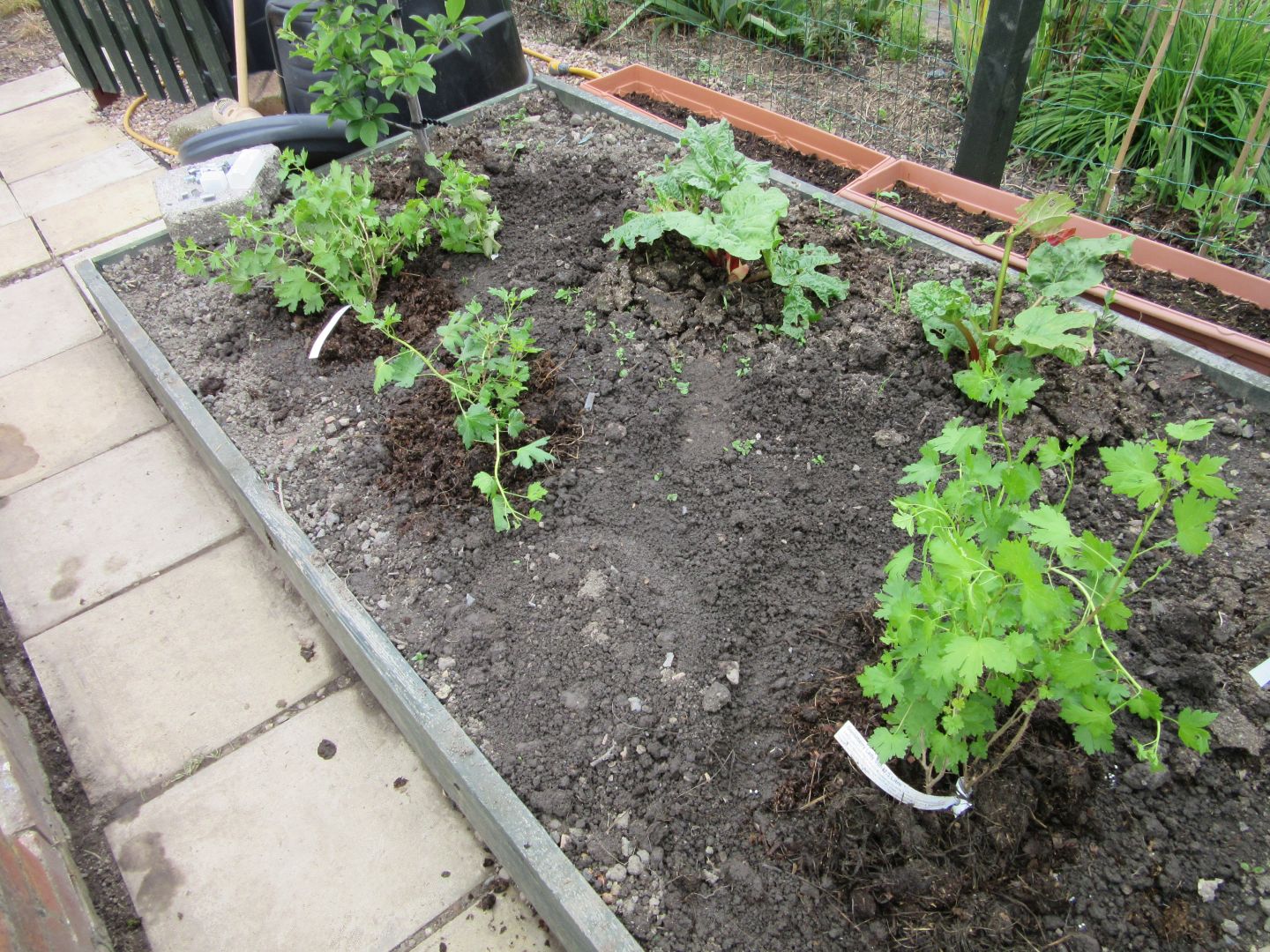 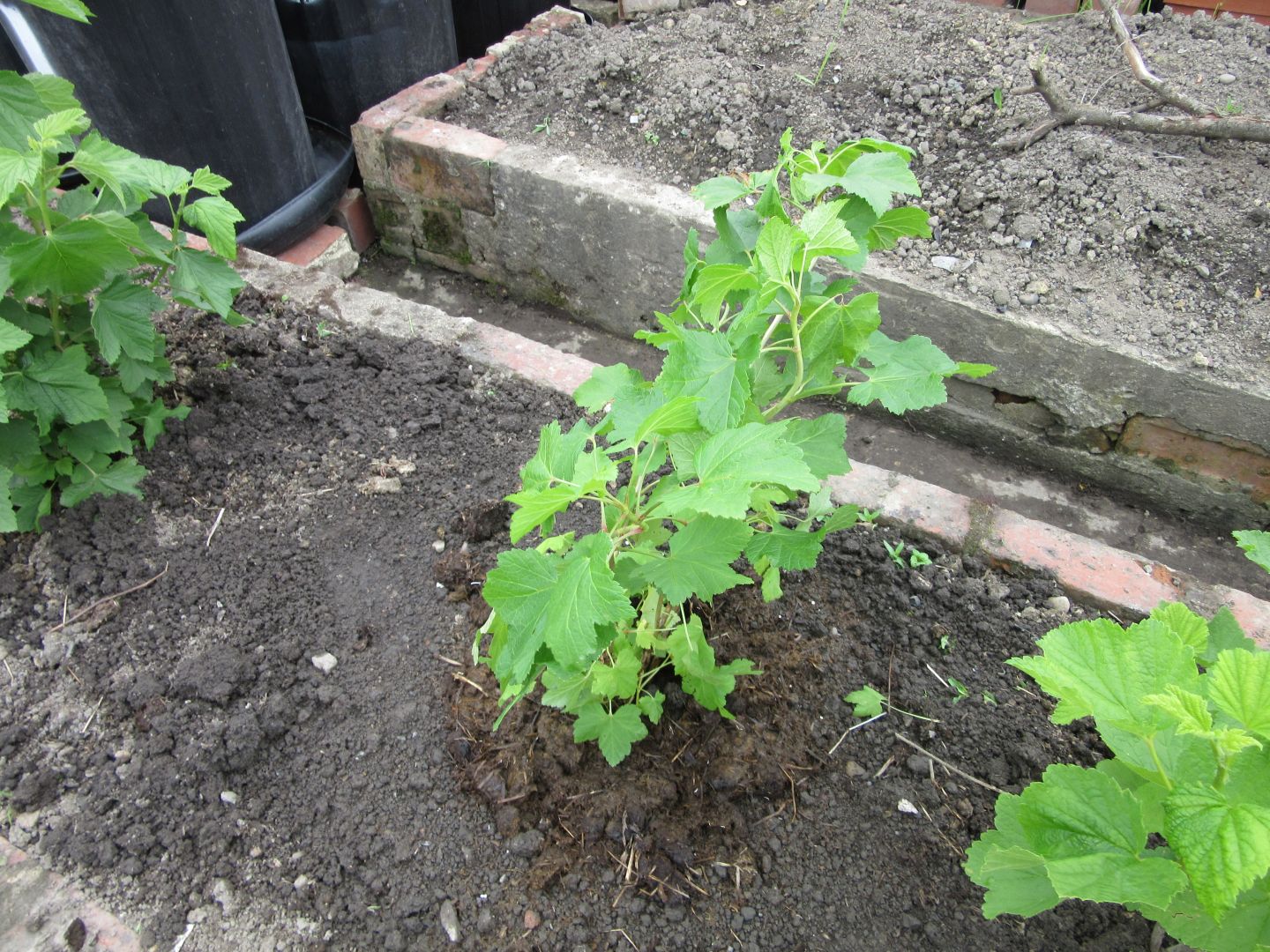 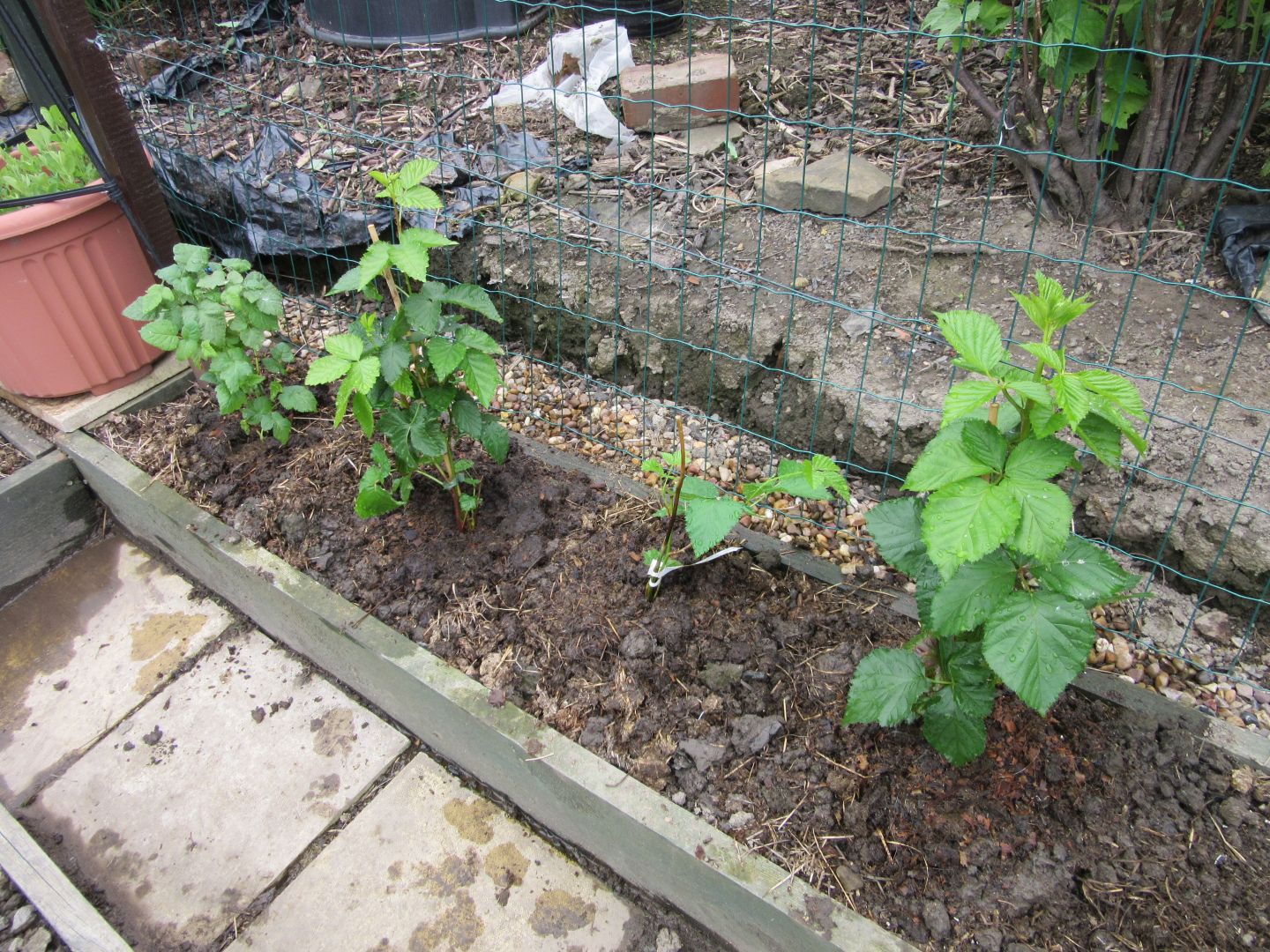 Cloche number 2 is up and running after a few tweaks from the prototype. The next batch are being stained in the garage ready for deployment over the coming month. 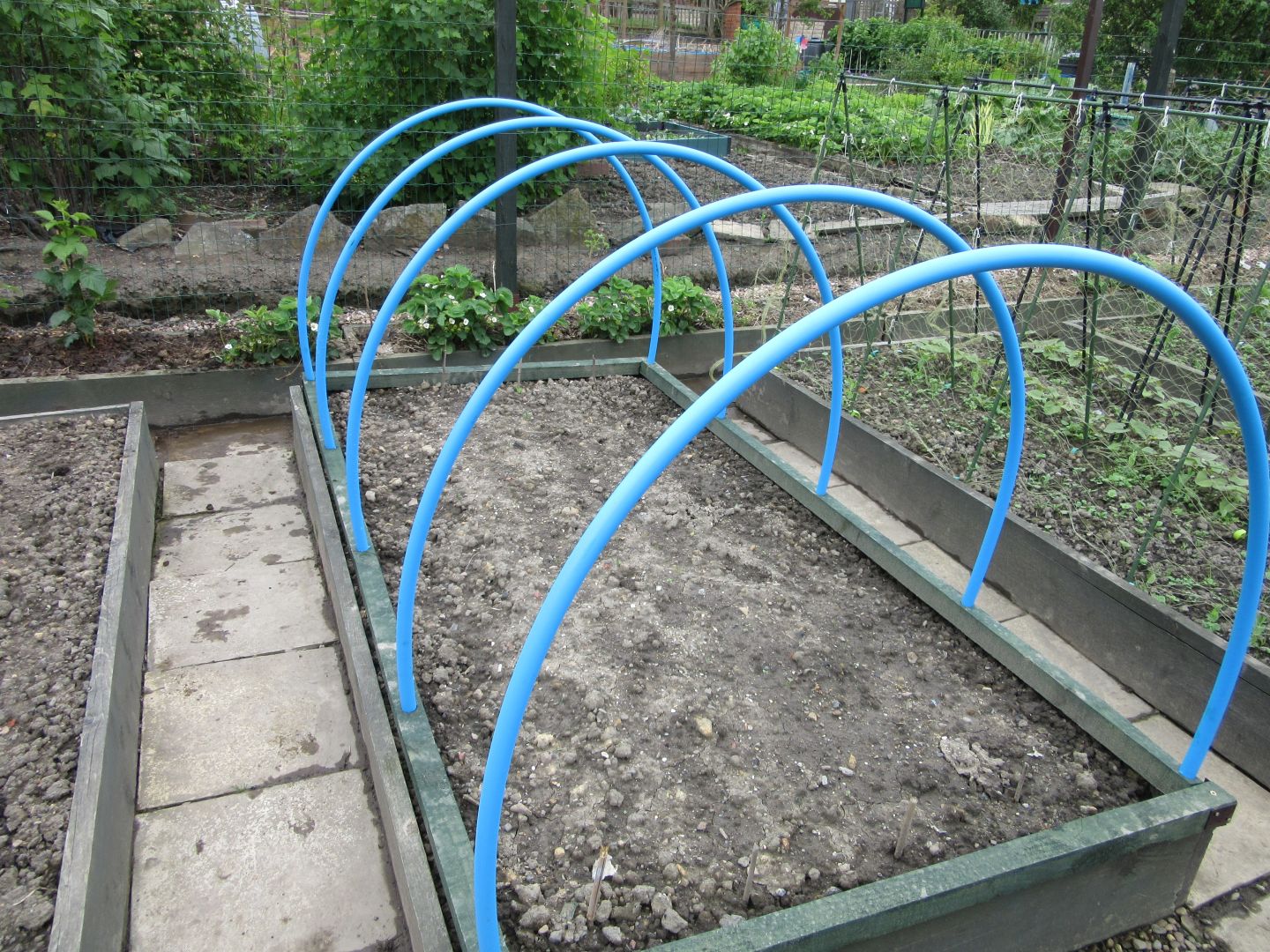 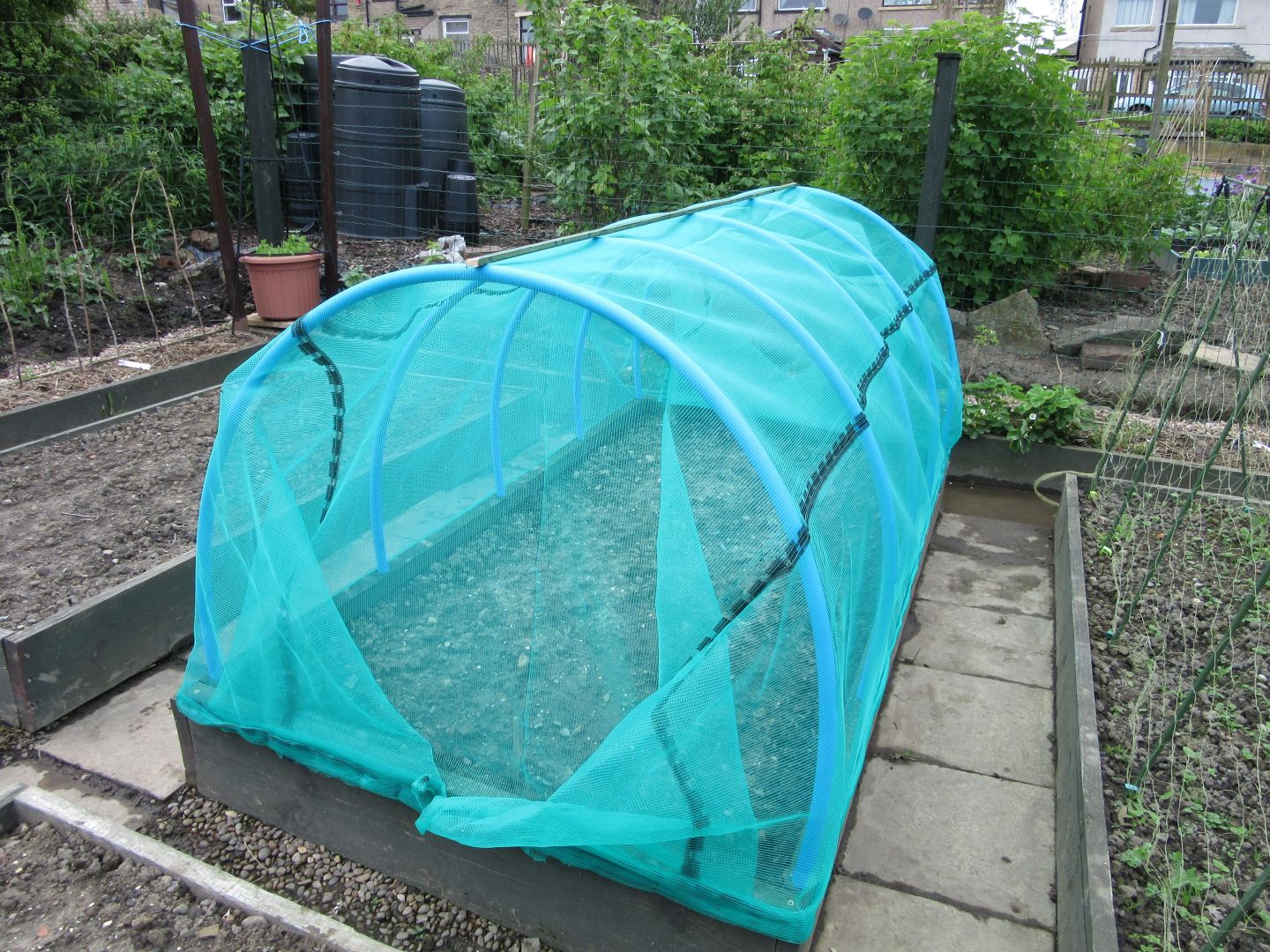 Finished the Windbreak for the first sweetcorn bed. 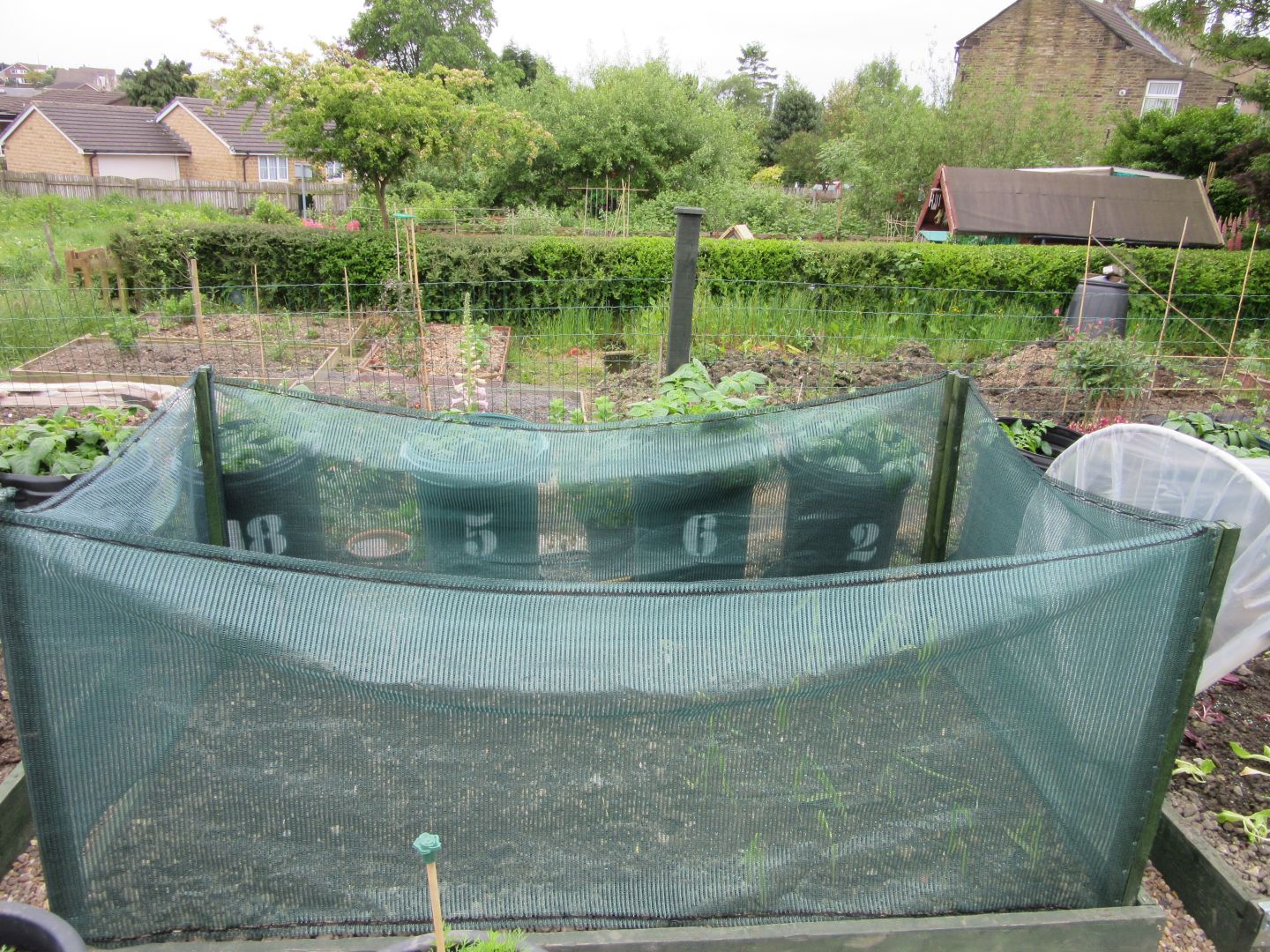 Potatoes are doing very well and plenty of other things coming along nicely, here’s a selection of photos are around the plot: 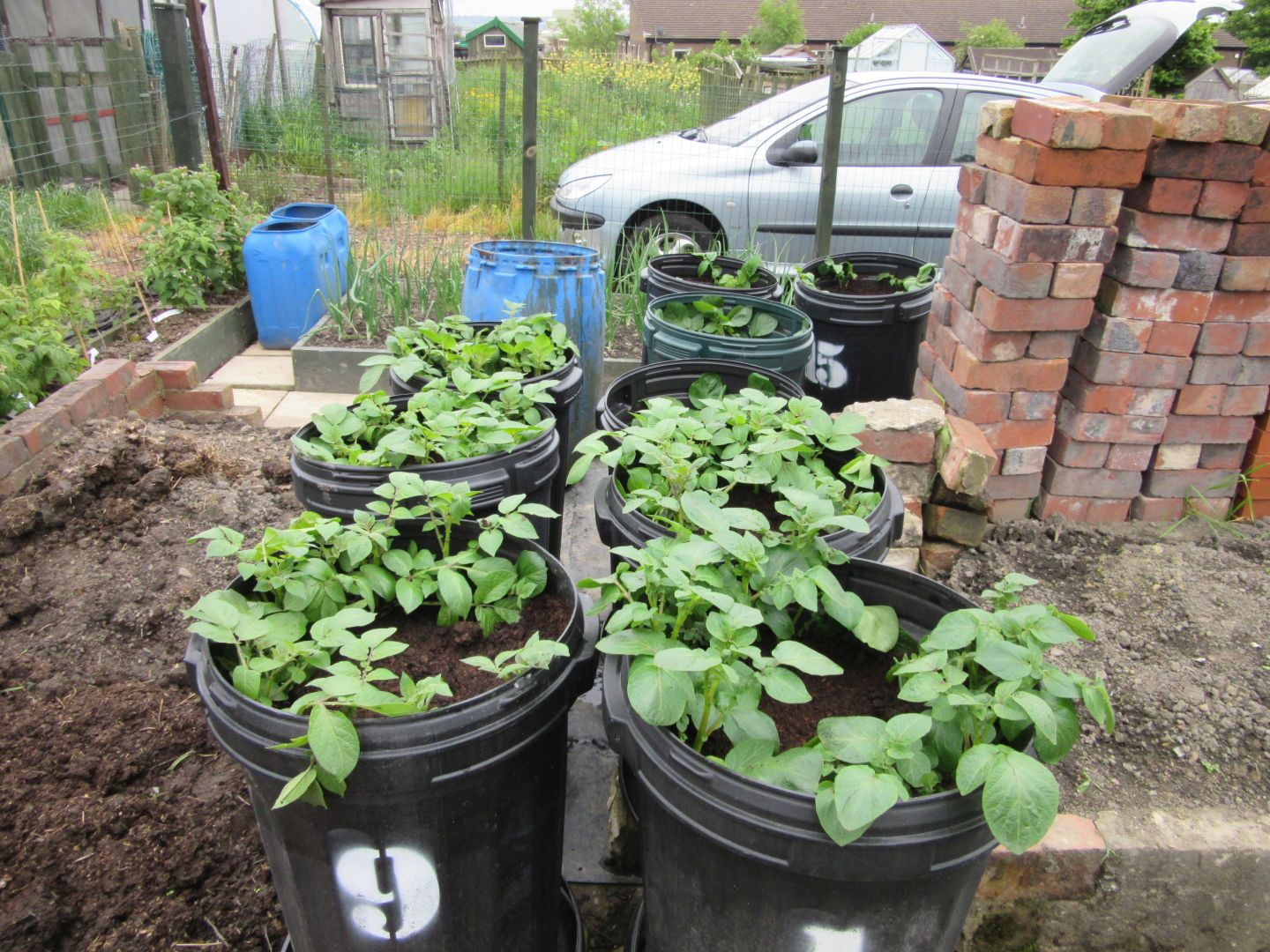 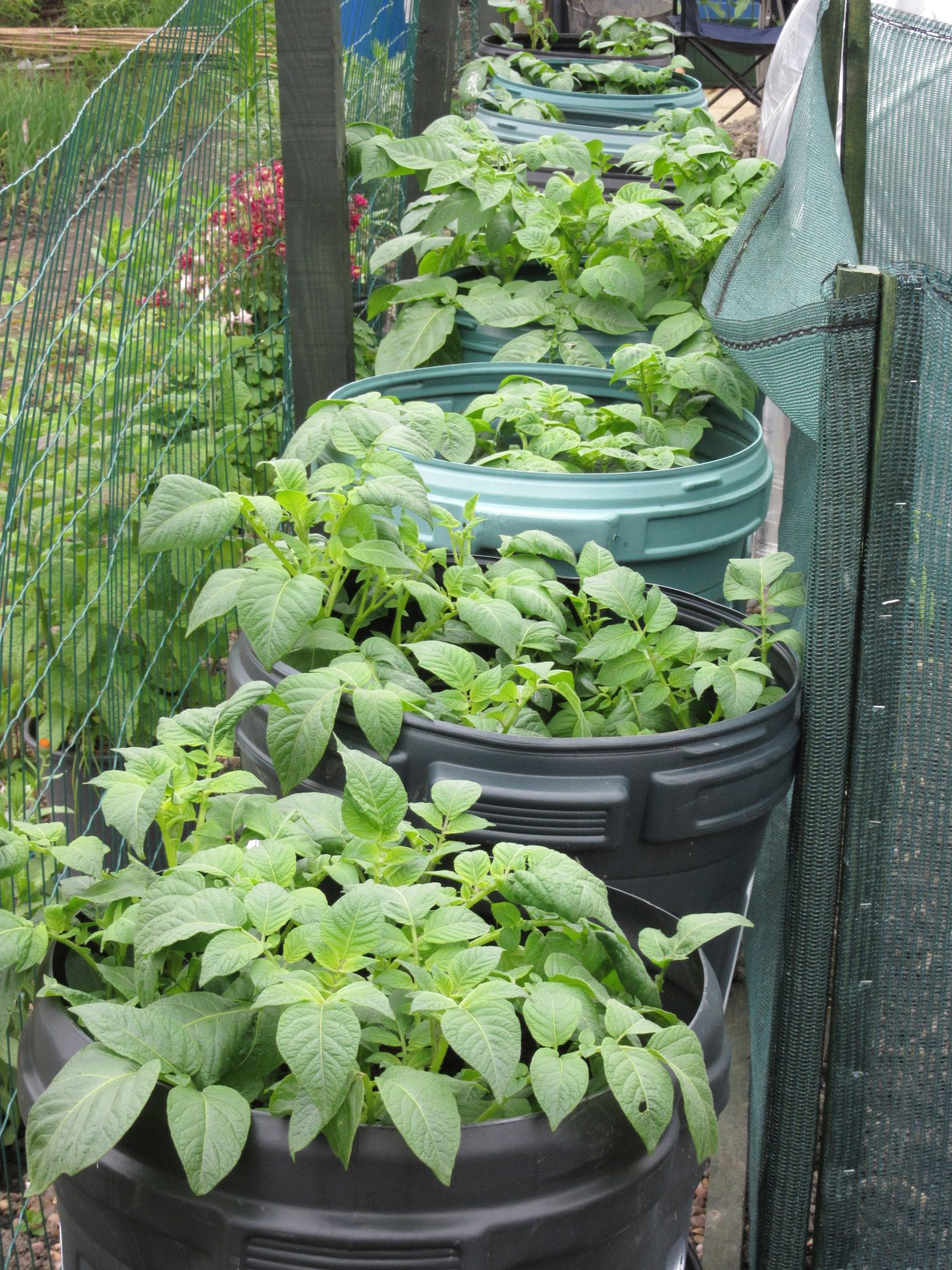 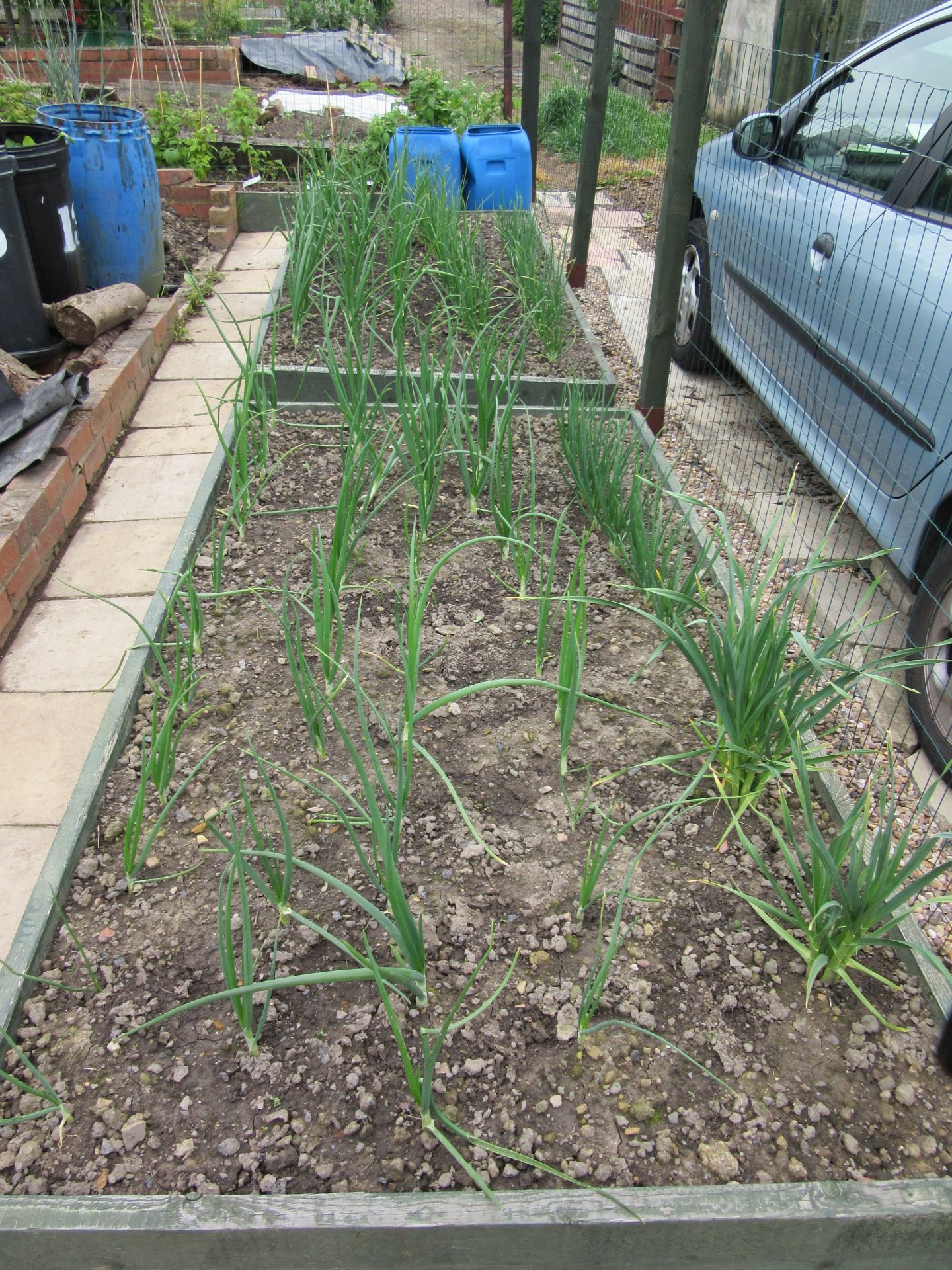 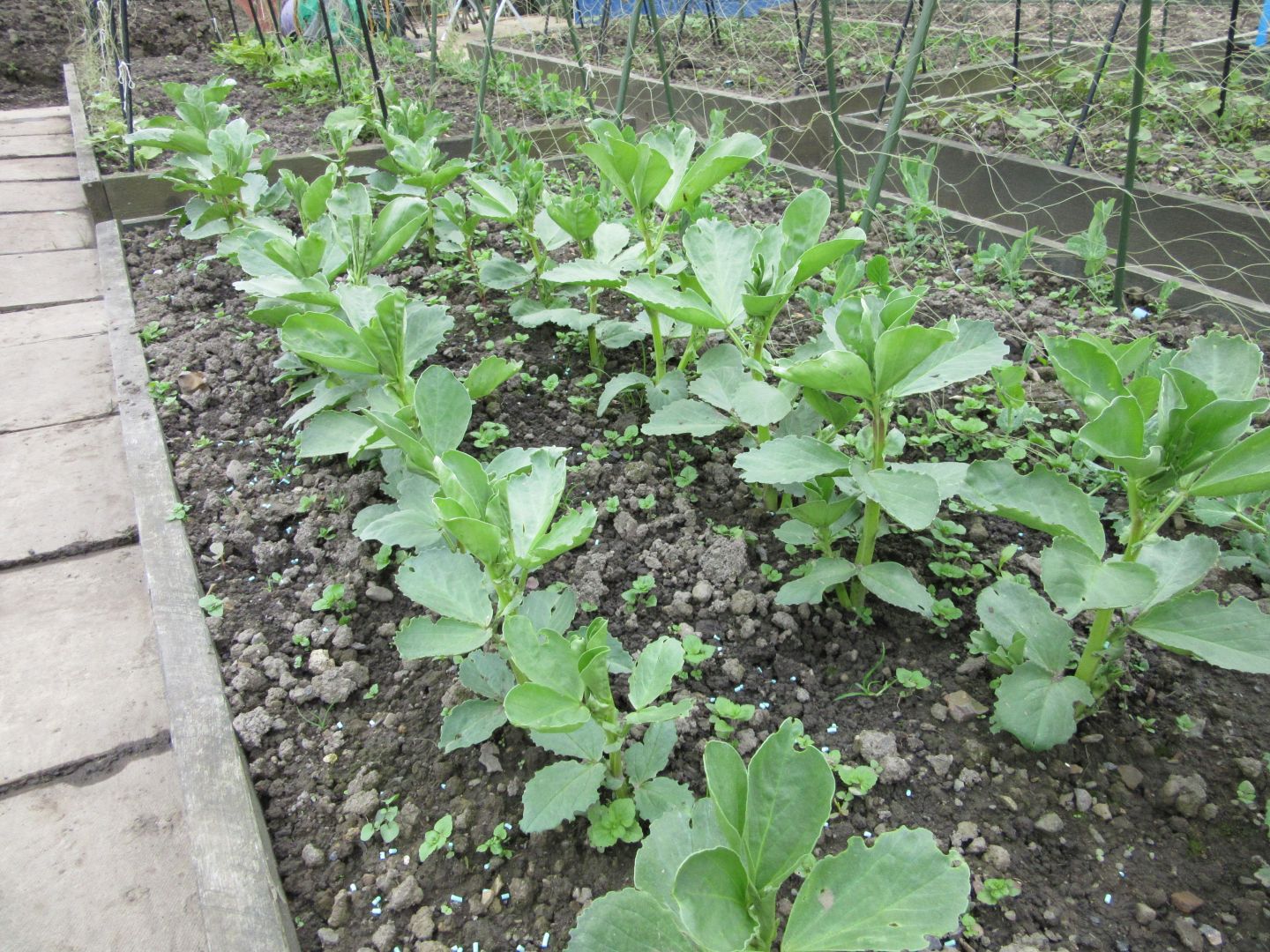 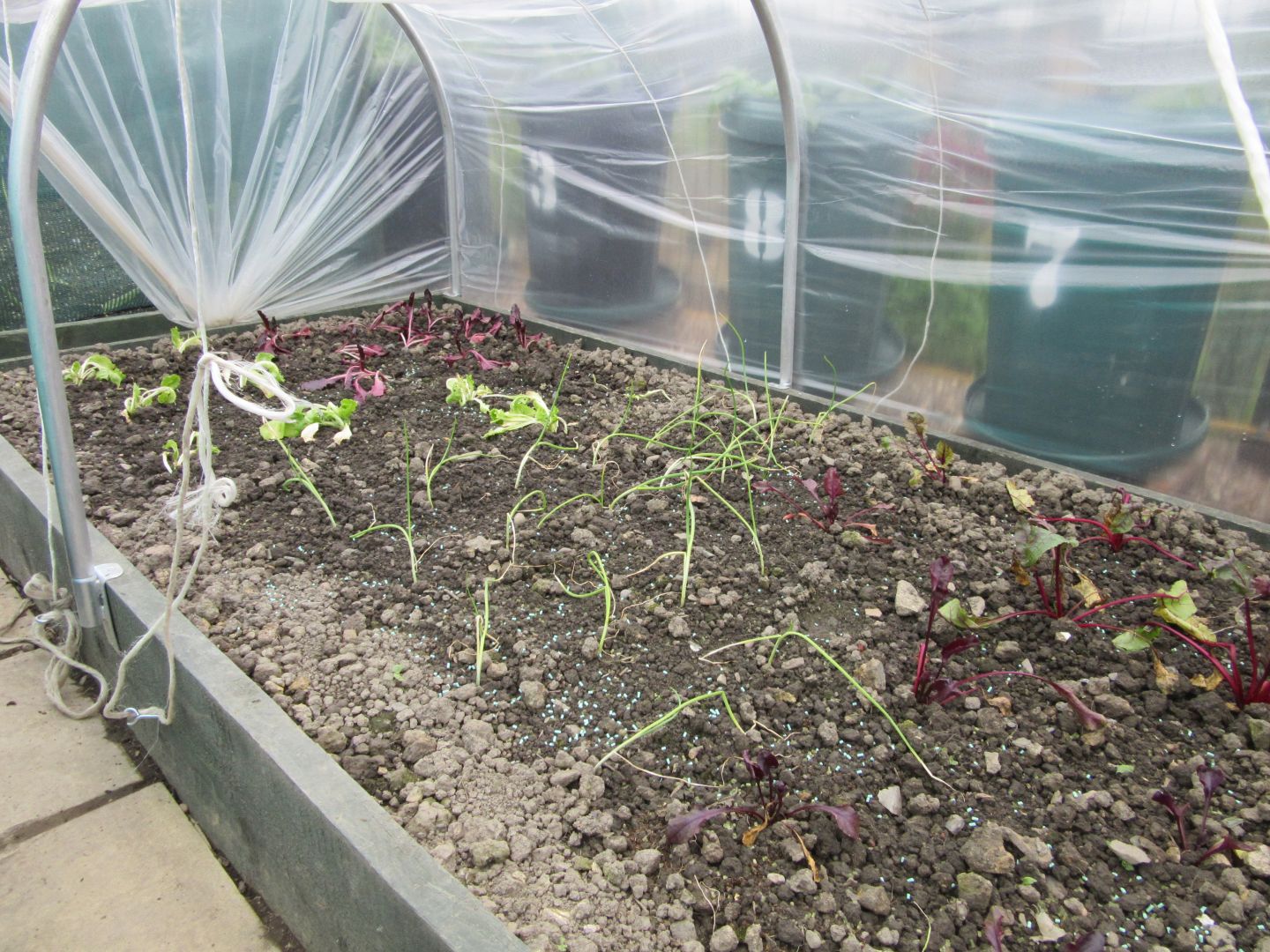 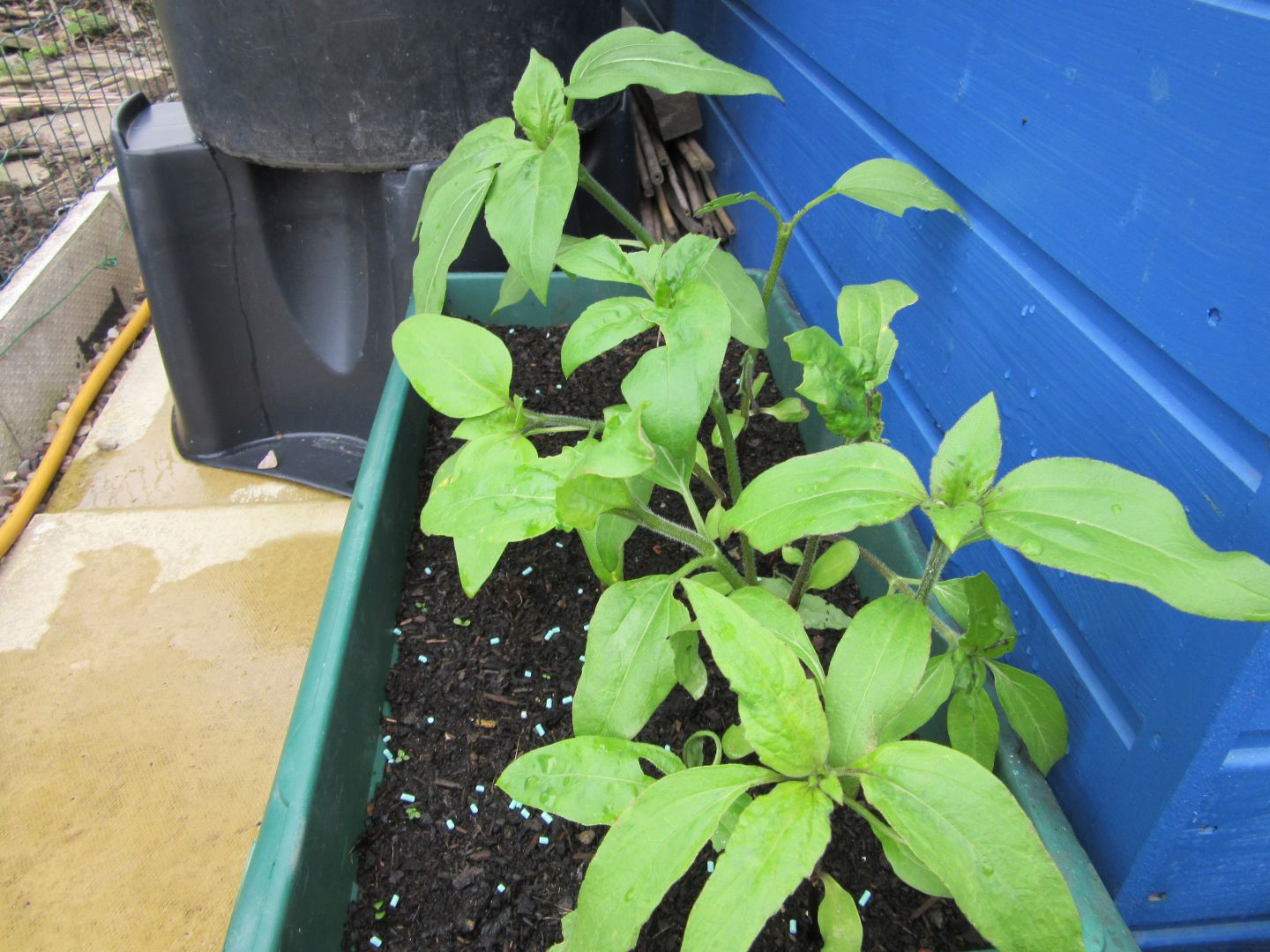 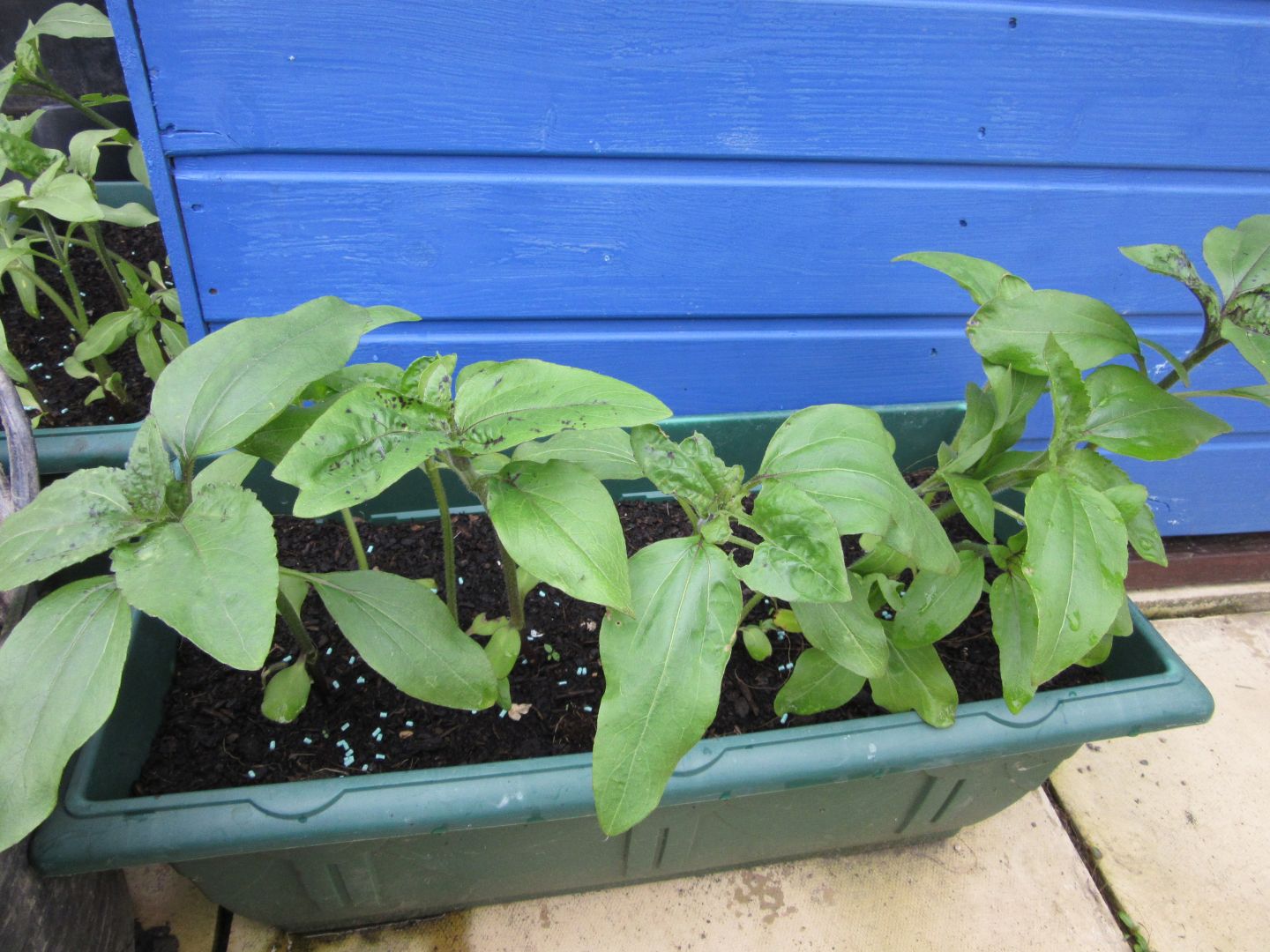 Finally a plot shot and a close up of the Harlequin Ladybird. 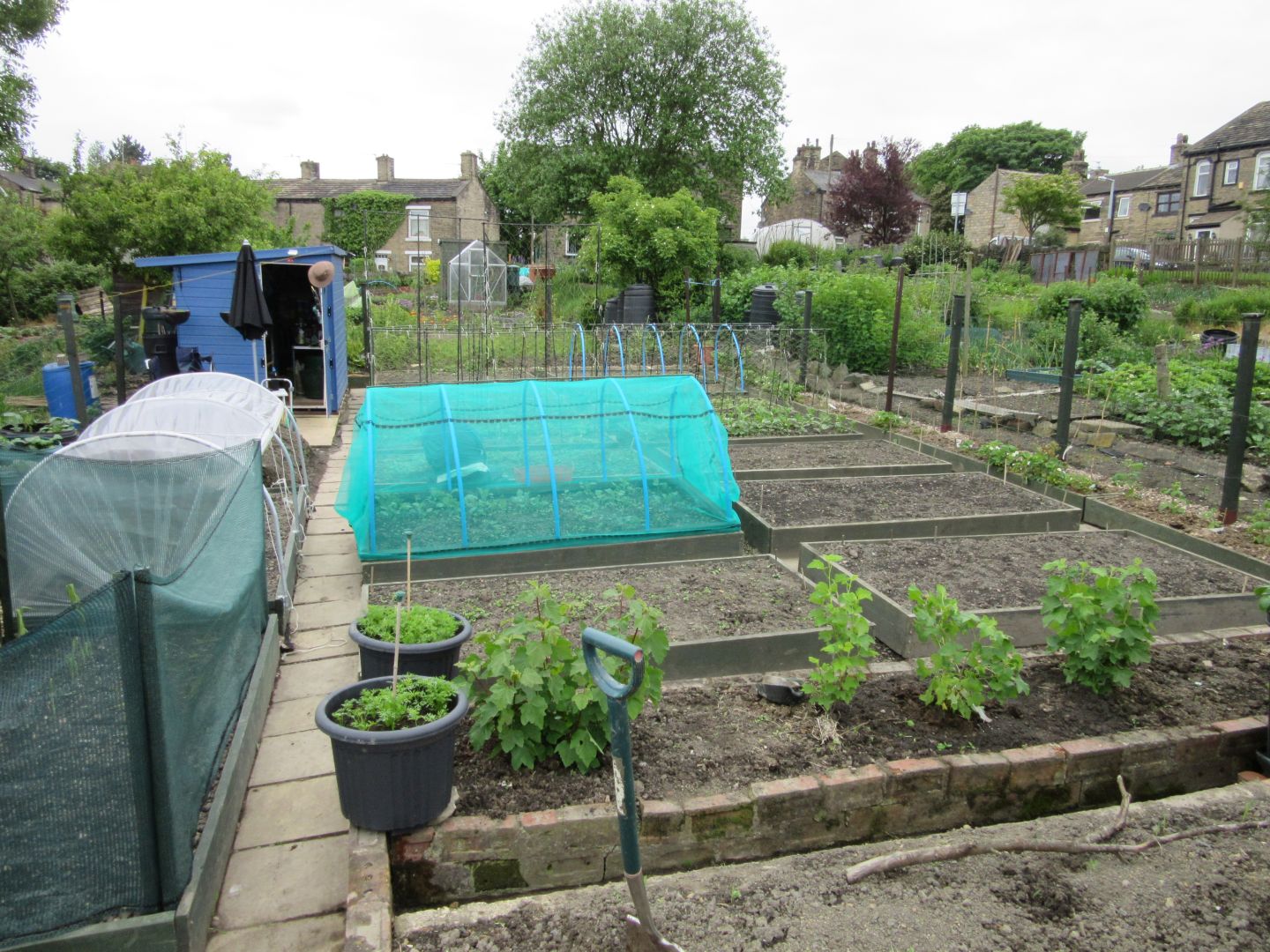 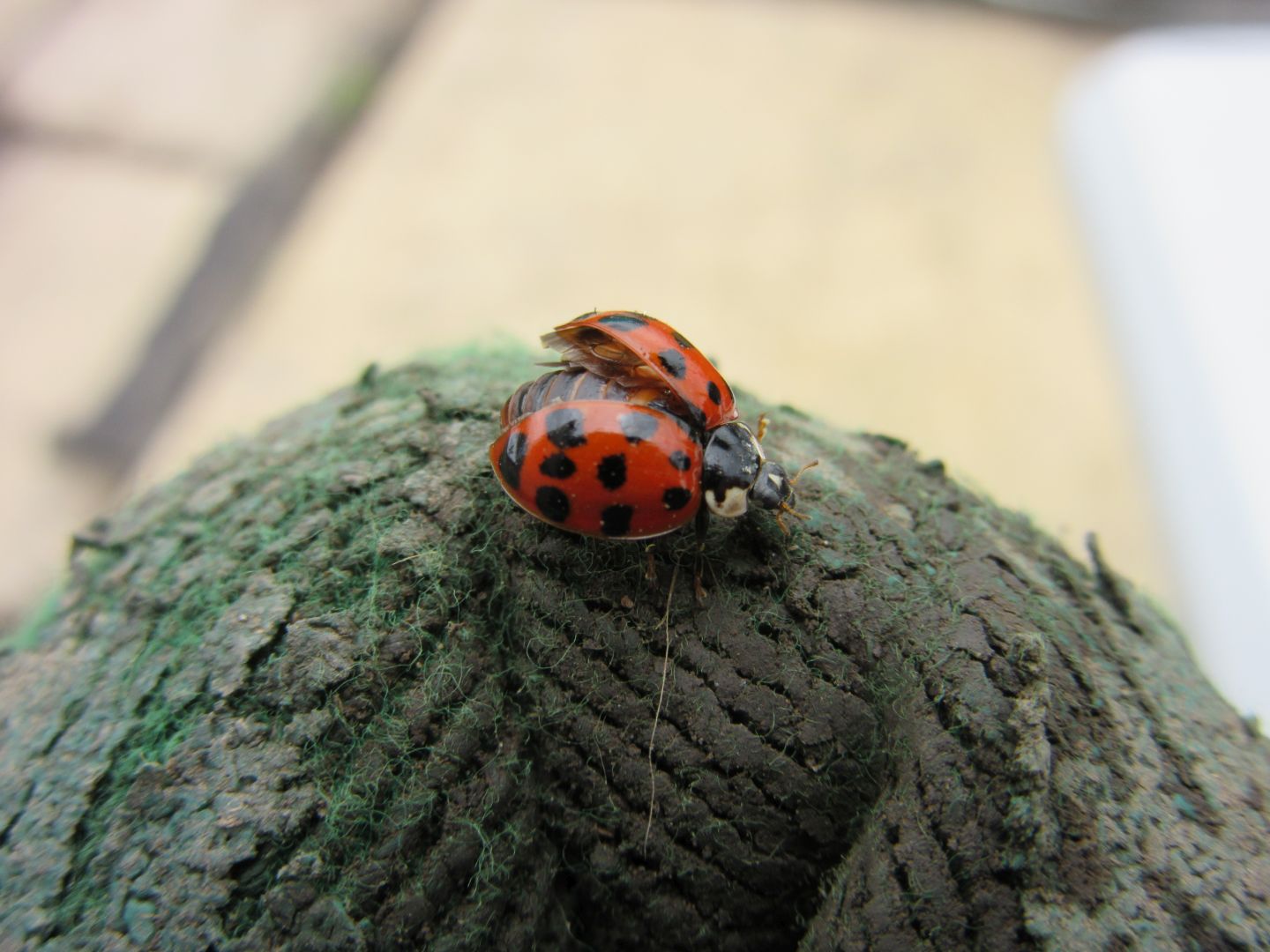